RSS
← ‘I believe every woman should own at least one pair of red shoes.’ Terry Tempest Williams.
‘I can resist everything, except temptation.’ Oscar Wilde. →

‘Come cuddle close in daddy’s coat Beside the fire so bright, And hear about the fairy folk That wander in the night.’ Robert Bird.

Earlier this week I was at the park with the girls and had let them off their leads for a while so they could go exploring.  While they were pottering happily about I stood in a sunny patch of late afternoon sun, looking at the water, not thinking much about anything, until I gradually became aware that someone was standing in front of me, laughing and waving their hands in front of my face.  “Sorry,”  I said, “I didn’t see you there.  I was away with the fairies . . . ”

This is an expression I have long used when (rudely) brought back to reality from some internal mental wandering.  I am not sure when I first heard the phrase or even when I started saying it myself, and I am also sure I never thought much about where the saying came from either—until I recently came across a book which gave me a whole new insight into the mythology, and superstition, of fairies.

Fairies have never really been on my radar.  I have always loved fantasy books and films but even as a young girl (when young girls are supposed to like these things) I don’t remember being particularly fond of fairies. At least not the type that were around when I was growing up. Those fairies were all delicate gossamer wings and flowers in their hair and danced about mushrooms at the bottom of your garden.  Not really my thing.  (I prefer my fantasy Middle Earth style—with warrior elves and dragons and goblins.  I am a LOTR tragic and make no apologies for it . . . )

But then I read ‘The Good People‘  by Hannah Kent.  This book, based on a true story from 19th century Ireland, tells of three women, a disabled child and a village steeped in folklore and superstition. The fairies (‘the good people’) of this story were as unlike J.M. Barrie’s ‘Tinkerbell’ as anyone could imagine.  They were respected, revered—and feared.  The local villagers believed, beyond doubt, about a nether world populated by all manner of other-worldly creatures, and fairy abduction—the snatching of a healthy infant from its cradle and leaving a ‘changeling’ in its place—was a thing to be feared and protected against at all costs.  Those poor stolen babies were remembered by their kin as being ‘away with the fairies’ . . .

It’s fascinating stuff, and the book is a step back to a time and place few of us can now imagine.  So, if you are looking for a good read—a serious, haunting, bleak, compelling read—this might be well worth your time.

But be warned—you may never think of ‘faerie folk’ the same way again.  I shall certainly think twice about describing myself as sometimes being ‘away with the fairies’.

I now find myself a little more anxious now about what I might meet on the other side . . . 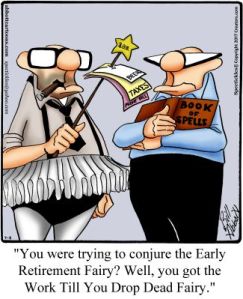 Posted by sallyinthehaven on August 4, 2017 in Uncategorized

← ‘I believe every woman should own at least one pair of red shoes.’ Terry Tempest Williams.
‘I can resist everything, except temptation.’ Oscar Wilde. →

4 responses to “‘Come cuddle close in daddy’s coat Beside the fire so bright, And hear about the fairy folk That wander in the night.’ Robert Bird.”