RSS
← ‘I like the word ‘indolence’. It makes my laziness seem classy.’ Bernard Williams.
“Never push a loyal person to the point where they no longer care.” Unknown. →

‘Instead of giving a politician the keys to the city, it might be better to change the locks.’ Doug Larsen.

Stories from my Sketchbook . . .

I’ve just been watching the early morning news on the telly.  I’m going to stop doing that.  Seriously.

I am an early riser.  I am up before 5.00am every day (yes, even at the weekends) because it really is the best time of the day.  It’s quiet and calm and peaceful and I like to take my time and kind of ease into the day.  The girls and I usually go for an early morning walk (although they have apparently decided that winter is here now and there will be no more of these until summer comes again), then I take a long shower, get my clothes and gear ready for work and settle down for a leisurely breakfast while catching up with what has been happening in the rest of the world.

Now, I rarely, if ever, wake up in a bad mood but I can tell you this—ten minutes of watching the incessant, arrogant, posturing and listening to the inane, condescending drivel some of our politicians and ‘world-leaders’ spout (and expect us to believe) is enough to seriously damage my early morning calm . . .

But don’t worry—I am not going to vent further about it here.  Frankly, I don’t have the time or the energy for it (and I don’t want to make myself even crankier).  Suffice to say I think we all need to be far more careful in future about to whom we hand over our city (and country) keys.

And, in an effort to preserve my early morning good-humour for as long as I possibly can, I have decided that from tomorrow I shall be searching for alternative viewing while enjoying my porridge and coffee.  In fact, I think I saw somewhere that one of the channels is now showing re-runs of Pinky and the Brain . . .

. . . although, come to think of it . . . watching a cartoon about a couple of small insignificant creatures (‘one is a genius—the other’s insane’) who are constantly hatching plans for world domination?  How is that so very different from watching the early morning news anyway . . . 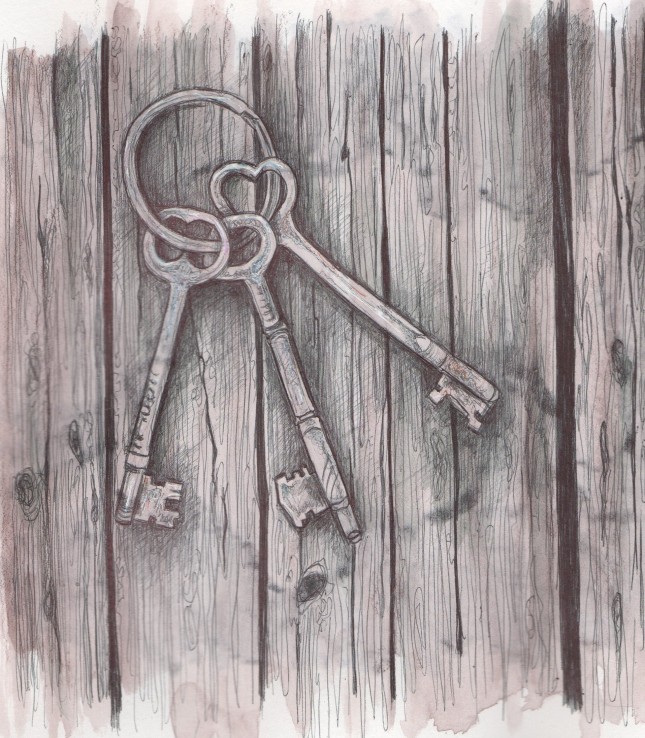 Posted by sallyinthehaven on May 30, 2017 in Uncategorized

← ‘I like the word ‘indolence’. It makes my laziness seem classy.’ Bernard Williams.
“Never push a loyal person to the point where they no longer care.” Unknown. →

6 responses to “‘Instead of giving a politician the keys to the city, it might be better to change the locks.’ Doug Larsen.”