RSS
← ‘I thought I was smart until I had to figure out how to eat a pomegranate.’ Anon.
‘You can observe a lot by just watching.’ Yogi Berra. →

‘When witches go riding, and black cats are seen, the moon laughs and whispers, ’tis near halloween.’ Author Unknown.

I have just come back from the supermarket and the place is positively heaving with Halloween—halloween sweets, halloween balloons, halloween decorations and halloween masks.  I don’t really know how to respond to it all except to note that at least Halloween seems to have pushed the Christmas stock back off the shelves for another week or so . . .

It’s not that I have anything against Halloween—it seems, for the most part, like harmless fun and if you want to spend your money on all that paraphernalia, go for it.  It’s just that I find it all a bit odd that we have suddenly started celebrating Halloween in Australia at all.  It’s not like we have ever had a tradition of celebrating it before.  Not until the last couple of years at least.  We certainly never went ‘trick or treating’ when I was a kid.  (Knocking on a complete stranger’s door and asking for lollies? Are you out of your mind?  My mother would have grounded us on the spot.  For.Ever.)

We always knew about Halloween of course, even if it was mostly from Hollywood movies.  I imagine many of us even believed that Halloween was purely an American invention, although that is not actually the case.   The real origins of Halloween date back some 2000 years to the ancient Celts and their festival of Samhain.

The Celts celebrated their new year on 1 November, and they believed that on the night before the new year the veil between the worlds of the living and the dead was at it’s thinnest and the ghosts of the dead could pass through into the living world. The people would light bonfires and wear costumes to ward off these roaming ghosts.  Much later, in the eighth century, Pope Gregory III designated November 1 as a time to honor all saints and martyrs—All Saints’ Day—and some of the earlier traditions of Samhain carried through. The evening before All Saint’s Day was called All Hallows’ Eve (later Halloween) and it is from these early beginnings that Halloween evolved into the more child-friendly (and commercial) celebrations of today.

So from it’s Celtic origins, why the tradition was then taken up and celebrated with such enthusiasm by the Americans and virtually ignored by Australians (until now) is anybody’s guess.  But although Halloween may well be growing in popularity here now, I am still not sure whether I should be expect an influx of trick-or-treaters to my door on Monday night.  It has not been so in the past.

In fact, I can only recall one time, a couple of years ago, when I had anyone come to the door at all.  It was a warm Spring evening and I had left the front door open, with just the screen door locked, and the girls were all dozing on the tiles in front of the door, where it was coolest.  The first I knew anyone had come to the door was when the dogs all leapt up as one and sent a deafening volley of warning barks out into the night.  By the time I got there all I saw was the back end of a several tiny ‘ghoulies’ fleeing for their lives . . .

But you never know.    Commercial enterprises have gone into overdrive promoting the festivities—and the lure of free ‘candy’ can be very strong—so perhaps I will be inundated with witches, fairies and superheroes looking for the ultimate sugar high.

And there’s the rub.  Should I succumb to the pressure myself and stock up on Halloween goodies just on the off-chance that some revellers turn up?  (Because, sure as eggs, if I don’t buy anything I will be overrun, and will come across all ‘Mr Mean’ if I have nothing to give them.)

Or, the other hand, if I buy all these treats in readiness for the screaming hordes and no-one turns up, what then?  I could find myself left with bags full of sweeties which I would then be obliged to eat myself, because . . . well . . . just because . . . 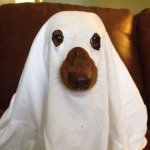 Posted by sallyinthehaven on October 28, 2016 in Uncategorized

← ‘I thought I was smart until I had to figure out how to eat a pomegranate.’ Anon.
‘You can observe a lot by just watching.’ Yogi Berra. →

6 responses to “‘When witches go riding, and black cats are seen, the moon laughs and whispers, ’tis near halloween.’ Author Unknown.”